A restaurant in the UK refused to serve a British man and his Chinese wife upon learning that they had just arrived in the country from China over fears of the novel coronavirus, which has for far killed 3,119 and infected 80,735 others in the Asian giant, where it first originated.

Matthew Moore, 37, and Huang Quan Xiang, 32, went for dinner last week less than 48 hours after arriving in the UK from the Chinese city of Chengdu, where they live and work, the Metro newspaper said in a report on Sunday.

Within minutes of arriving, and telling the restaurant owner they had just returned from China, the couple said he walked over and “rudely” asked them to leave.

His reason, according to the couple, was that they were dangerous because they hadn’t self-isolated for 14 days after arriving in Britain.

Moore, who works as a teacher, said: “The owner was really impolite in the way he walked over and just told us to go away. He just said out loud, ‘I hope you’ve had two weeks of quarantine, or you’re not allowed to sit in here’.

“There were other customers there and he spoke really loudly so that everyone could hear, it was really embarrassing.”

Moore said the the couple had self-isolated in China for a month before flying to the UK.

He added that they underwent “numerous” checks at the airport in China before leaving and more again after arriving at Heathrow.

“We told him about the checks and that we had already been quarantined for a month but he still wanted us to leave,” the Metro newspaper quoted Moore as saying.

Meanwhile, the owner of Beijing Restaurant in Leyland, Lancashire, has claimed that he was told what to do by a phone operator, who he called after the couple arrived the outery.

“There were other guests in the restaurant and they were getting quite concerned. I was nice about it, but I had to say I couldn’t serve them,” the newspaper quoted him as saying. 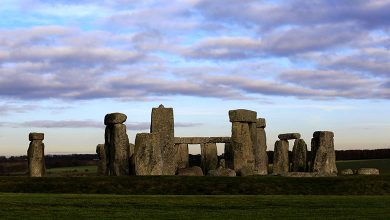