Los Angeles : Actress Kate Winslet, who played a paleontologist in the film “Ammonite”, said people focused a lot on her sex scenes with co-star Saoirse Ronan

“I’m telling you with my hand on my heart, I have never been asked the same volume of questions about love scenes of a heterosexual nature, of which I have shot many in my life. And so that to me — that’s a conversation,” Kate told Digital Spy.

The Oscar winning actress didn’t shy away from talking about it.

“I didn’t feel, ‘Oh, God, let me get away from the talking about the sex scenes and come back to that!’ but what I definitely found really striking is that people seem to talk about the love scenes in the film in ways that are much more focused, because it’s two women.”

She added, “You know, there’s no shame around this, it’s just two women who love each other. And for me, I really hope that that contributes to the evolution and progression of how audiences view LGBTQ people and their relationships just by normalizing it completely.” 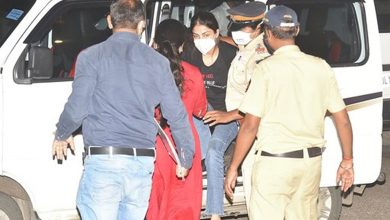