There is flutter in the dovecotes. Sunil Gavaskar is angry and disgusted with the whole World Cup fiasco and the role played by the selection committee since. Furious at the conduct of the MSK Prasad-helmed selection committee, he reckons its lack of stature impedes its progress and ability to take decisions. He argued that they selected the team for West Indies without first having a meeting to select the captain, which begs the question of whether Virat Kohli is the captain of the team at his or the selection committee’s pleasure. These are pertinent points being made by one of the game’s eminents, someone whose heart has always beat for Indian cricket.

The salvo fired by Gavaskar is like — You have been warned — “Speaking of lame ducks, the Indian selection committee appears to be one. After the reappointment, he (captain) gets invited to the meeting for his views on the selecting the players for the team. By bypassing the procedure, the message that goes out is that while the players like Kedar Jadhav, Dinesh Karthik get dropped after below expectations performance, the captain continues despite much below par expectations where the team did not even reach the finals.”

Continuing his attack against the selection committee which consists of former players Sarandeep Singh, Devang Gandhi, Jatin Paranjape and Gagan Khoda besides Prasad, Gavaskar said that the lack of “stature” in the group was an impediment in their smooth functioning. None of the current selectors had long careers in India colours and in fact two — Paranjape and Khoda — didn’t play a single Test, featuring only in a few ODIs. “This is probably one of the last selections for this committee as a new one will get appointed soon,” he wrote. “Hopefully that will have players of stature who will not get bullied and be able to tell the team management that their job is to play with the team chosen by the selectors.”

IANS: Do you think present day cricketers are exploiting the vacuum that exists between the emasculated board and a weak CoA?

Gavaskar: It’s the other cricketing boards which are taking advantage of the current situation in Indian cricket. While the BCCI prior to Mr Dalmiya taking over was chiefly a poodle of England and Australia, after Mr Dalmiya it had a spine and more importantly a voice that was heard loud and clear by all the other Boards. Mr Pawar and Mr Srinivasan strengthened it even more but the current situation has left it at the mercy of the old powers again.

IANS: Did arrogance lead to hubris for India at this WC, were we overconfident? Do you see a similarity between this and 1987 when India had a top team and lost to England in the semis?

Gavaskar: In cricket you get a bad day and since we depended heavily on Rohit Sharma and Virat to get the runs we were in trouble when they failed. The batting order thereafter didn’t help either as an experienced batsman like MSD was needed then than a young Pant or Pandya.

IANS: Was Sehwag the greatest batsman of his generation?

Gavaskar:Indian cricket at the start of the century had the greatest batting line-up in the world and Indian cricket history and led by a person also from Mr Dalmiya’s city — SOURAV GANGULY — who would not take a backward step even in the face of fiercest opposition. It was a magical time to be an Indian cricket fan. Don’t forget there was Anil Kumble too and the one and only MSD was taking his first steps in international cricket.

IANS: When a Marshall express wrenched the bat out of your hands in Kanpur, was that the lowest point in your cricket career?

Gavaskar: The lowest points in my career were always when India lost, especially matches that they shouldn’t have. Individual performances mean nothing if the team ends up losing or not winning.

IANS: And how is it that you reinvented yourself so quickly to smash them in Delhi and Ahmedabad thereafter?

Gavaskar: Quite simply I didn’t get the chance to play the hook shot in the first Test but could do so from the next test onwards.

IANS: Would the Bangalore bunsen innings against Pakistan be your greatest innings or when you batted left handed in a Ranji game against a rampaging Raghuram Bhatt to draw the game be your best?

Gavaskar: My best Test innings is 57 at Manchester in 1971. It was a green wicket in howling wind conditions but my then superstition didn’t allow me to wear a jumper.

IANS: Biggest missed opportunity? Not batting along side Viv Richards or something else?

Gavaskar: The biggest missed opportunity was not to have a big partnership with the greatest cricketer ever Garfield Sobers when we played for the Rest of the World against Australia. I did have a big one with Rohan Kanhai though.

IANS: Greatest captain you played under or against, or have seen for his tactical awareness and strategic thinking?

Gavaskar: The greatest captain of my time was Ray Illingworth. He was on the ball and you could see his team had belief in him. The other great captains were Ian Chappell and Ajit Wadekar who also had players who would do anything for them.

Gavaskar: At my age, definitely commentary. It’s always far easier than be the field. All commentators become greater players than they ever were when in the comm box.

IANS: Would you have liked to play IPL and did Packer ever approach you to play WSC?

Gavaskar: Oh yes I would have loved to play the IPL. Just imagine fielding for only 20 overs. Oh yes for sure. Yes I was asked to play in World Series Cricket in it’s third season but I opted to play for India.

OPDs to remain shut on Wednesday 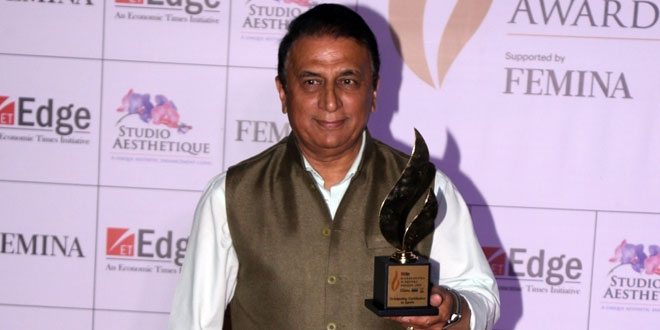