With England thrashing Australia by 8 wickets in the second semifinal at the Edgbaston Cricket Stadium on Thursday to set up a summit clash with New Zealand, the World Cup is all set to see a frist time winner at the Lord’s on Sunday.

Jason Roy once again laid the foundation for what was a clinical chase by England. While Roy hit a magnificent 65-ball 85 to set the ball rolling, skipper Eoin Morgan (45*) and Joe Root (49*) took the team home with eight wickets to spare.

Neither the hosts, nor New Zealand have laid their hands on the coveted trophy so far.

Chasing Australia’s total of 223, the Englishmen got off to a cautious start, picking up 50 off the first 10 overs. But what followed was absolute carnage as the next 6 overs leaked 66 runs as Roy and Jonny Bairstow (34) ensured that the platform was set for the middle-order to come in and walk the team home. The packed crowd had every reason to cheer as they saw the home team dominate the show from start to finish.

Roy was absolutely ruthless in his approach as he attacked the bowlers both off the front and back foot. Drives, pulls, flicks and cuts were all there on display as the Australian bowlers looked clueless in front of the England opener.

Australia did strike twice to send back Bairstow (leg before off Mitchell Starc) and Roy (caught by Alex Carey down the leg side off Pat Cummins), but it was a little too late in the day as the duo of Root and Morgan ensured that there were no further hiccups.

Earlier, after a string of low scores, former Australia skipper Steve Smith rose to the occasion and hit a gritty 85 to take Australia to 223 after the English bowlers created mayhem in the first four overs to reduce the Aussies to 14/3 in slightly overcast conditions.

Bringing in all the experience of the 117 ODIs he had played before this game, Smith put his head down and kept waiting for the bad balls to make hay till an effort to run a quick single saw him being run out in the 48th over.

Australia also lost Mitchell Starc (29) off the very next ball to again lose the plot towards the end. Chris Woakes was the wrecker-in-chief as he finished with figures of 3/20 from 8 overs.

Australia got off to a disastrous start as they lost skipper Aaron Finch (0) in the second over of the innings. Having managed to evade his issues with the incoming delivery so far in the tournament, Finch was done in by a beauty from Jofra Archer. The Aussies did take a review, but it was a waste.

Woakes then handed Australia a twin blow as he first sent back the in-form David Warner for 9, caught by Jonny Bairstow behind the wicket, and then dismissed Peter Handscomb (4) with an incoming delivery as the gap between his bat and pad saw the stumps get rattled.

With the score reading a dismal 14/3, Alex Carey joined Smith in the middle and the wicketkeeper-batsman was immediately welcomed by a ferocious bouncer by Archer that hit him on the chin. A bloodied chin notwithstanding, Carey was ready to battle it out for his team.

The two put their heads down and started stitching a partnership as the Australians slowly crawled back into the game. But just when it looked like the duo will run away with the game, Adil Rashid struck, getting Carey (49) to sweep one straight down James Vince’s throat. The 103-run partnership was broken against the run of play.

Rashid then dismissed Marcus Stoinis for a duck as he failed to read another googly and was trapped leg before. Glenn Maxwell (22) was the next man in and looked in good flow before an Archer delivery saw him loop one back to Eoin Morgan at cover. Rashid then returned to send back Pat Cummins, caught beautifully at first slip by Root for 6, with another googly.

With the score on 175/7 after 40 overs, it was all about aggression with an eye on the wickets column for the Australian duo of Smith and Mitchell Starc. In the end, Australia picked up 47 runs in the last nine overs before being dismissed in the 49th over.

Imperfectly perfect Sameera Reddy is not afraid of being judged 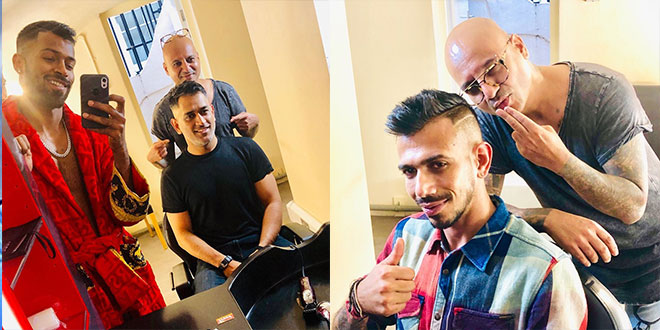