Noida : At least 61 men and women were arrested from a farmhouse in Noida where they were having a pool party in complete violation of the lockdown norms enforced in the city to contain the spread of the coronavirus.

The Noida police is now planning to meet the farmhouse owners to refrain them from holding weekend liquor parties.

On Sunday, 61 young men and women were arrested by the Noida police from a farmhouse located in Sector-135 for partying and violating Covid-19 protocols. The Noida police also recovered expensive liquor and beer bottles from the spot.

Earlier, on Saturday night, 14 persons were arrested by the police for an alleged pool party organised in Sector-135 at Noida Expressway.

In view of the increasing parties held on weekends, Noida police have now decided to take strict action against such gatherings. The police have decided to set up barriers and will question anyone who is seen going towards farmhouses after 7 p.m.

Noida Zone Deputy Commissioner Of Police (DCP), Rajesh AS, told IANS, “We will start strict checking on all the roads leading to the farmhouses by setting up barriers. After 7 p.m. every person will be questioned and strict checking will also be done.”

Noida zone DCP said, “From now onwards if any farmhouse owner gives permission to hold such a party, we (police) will take action against them too.”

According to information shared by the police, on June 13, the police arrested 61 people, out of which 46 are men and 15 women. They were arrested by the Noida Expressway police from Green Beauty farmhouse Number 4 located in Noida’s Sector-135. The police also recovered 12 Kingfisher beer bottles supplied from Haryana and two McDowell English liquor bottles.

The police said, “All the accused were taking a bath in the swimming pool while partying in violation of the lockdown rules and were spitting in the open and were not even wearing mask. The police challaned all the accused on the spot with a penalty of Rs 6,100 for not wearing masks while a case was also registered against them.”

Earlier on Saturday, the police had arrested young men and women who were holding a similar party. Noida police revealed, “Nine men and 5 women were arrested for partying and flouting the Covid-19 lockdown rules by the Noida police on June 12.”

However, most of the party revellers are reported to be residents of Delhi-NCR and all of them have been booked under cases invoking relevant sections. Even during the Covid-19 pandemic, people are not holding back from attending parties. 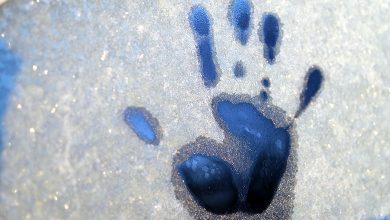