Saharsa : In his most fierce attack on the opposition during the Bihar poll campaign, Prime Minister Narendra Modi alleged that they have reservations about chanting ‘Bharat Mata ki Jai’ and ‘Jai Shri Ram’. He was targeting the Congress at a rally here on Tuesday.

“Those who have problems with ‘Bharat Mata ki Jai’ chant, Bihar has problems with them,” declared the Prime Minister as the crowd at Saharsa cheered. He also called this chant to be the inspiration for a self reliant india.

He alleged that the same ‘group’ doesn’t want the people of Bihar to even utter ‘Jai Shri Ram’.

In his fiercest ideological attack on the opposition so far during this campaign season in Bihar, the Prime Minister raked up ‘Chhathi Maiya’, the state’s most widely worshipped deity during the ‘Chhath’ puja which comes around Diwali. The Prime Minister remarked, “In this land that worships the ‘Chhathi Maiya’, Jungle Raj’s companions do not want you to raise slogans of ‘Bharat Mata ki Jai’.”

‘Vocal for local’ is a campaign, Modi claimed, which will change the lives of the local artisans. “It is a way with which our local products will gradually become a part of the global market,” he said.

He also referred to the Mudra scheme, saying that nearly Rs 2.5 cr has been disbursed in Bihar as loans. Reaching out to women, a key voter base of Nitish Kumar in the last election, Modi claimed that nearly Rs. 1.75 cr out of this amount has gone to women.

He stressed that each and every vote matters and those with voting rights are indeed ‘powerful’. He urged them to use that power for the ‘bright future of Bihar’.

Poor voted for me to be their 'Pradhan Sevak' : Modi in Bihar 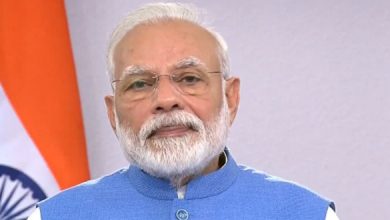