Thiruvananthapuram : The Southwest monsoon has set in over Kerala on Thursday said the India Meteorological Department (IMD), as against the normal date of June 1.

It was conveyed in the IMD release issued here at 1.30 p.m., which also said that more than 60 per cent of the 14 rainfall monitoring stations reported rainfall of 2.5 mm or more in the past two days consecutively and the spatial distribution of rainfall over Kerala remained to be fairly widespread during the past two days.

It also pointed out that the Southwest monsoon is likely to advance into remaining parts of south Arabian sea, rest of Kerala and Lakshadweep south interior Karnataka, Rayalseema and central Bay of Bengal in the next two days.

Kerala has received a good amount of rain during the month of May, much above the normal summer showers.

Weather in the state capital city here, however, was bright and sunny. 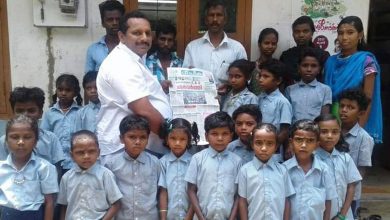