More pilgrims have performed the Amarnath Yatra in the past 22 days than they did during the entire 60-day stretch of the Yatra last year, officials said.

“On 22nd day of the ongoing Amarnath Yatra, 13,377 yatris paid obeisance at the holy cave yesterday and since the beginning of this year’s Yatra on July 1, 2,85,381 pilgrims had darshan at the cave shrine.

Another batch of 3,060 pilgrims left Jammu on Tuesday for the Valley in two escorted convoys. “Some 1,109 of these are going to Baltal base camp, while 1,951 are going to the Pahalgam base camp,” police said.

Situated 3,888 metres above sea level in the south Kashmir Himalayas, the cave shrine houses an ice stalagmite formation that, according to the devotees, symbolises mythical powers of Lord Shiva.

The ice structure waxes and wanes with the phases of the Moon. Pilgrims approach the cave shrine either through the longer 45-kilometre Pahalgam route or the shorter 14-kilometre Baltal route. Those using the Baltal route return to the base camp the same day after performing the Yatra. Helicopter services are available for the pilgrims at both the base camps.

Local Muslims are lending a helping hand to ensure that their Hindu brethren perform the Yatra with ease and convenience to uphold the centuries-old tradition of Kashmir, abode of saints and Sufis. So far, 24 pilgrims have died during the Yatra. While 22 of them passed away of natural causes, two died in accidents.

This year’s Amarnath Yatra will conclude on August 15, coinciding with the festival of Raksha Bandhan on Shravan Purnima.

Now preparation to send 'first woman and next man' on Moon 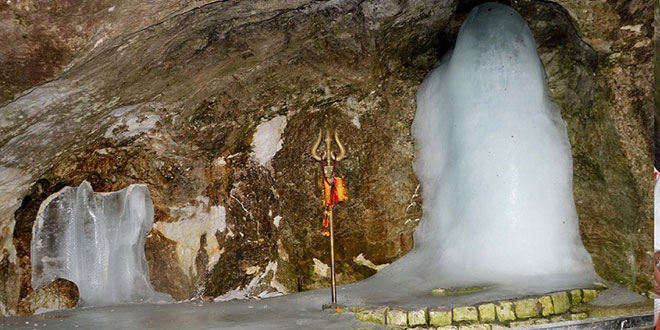 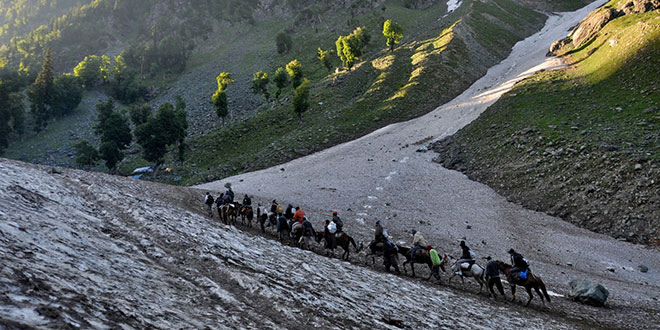 Pilgrim dies on way to Amarnath