New Delhi : In a major relief to people across the country, Railway Minister Piyush Goyal on Tuesday announced that Indian Railways will resume the services of 200 special non-airconditioned trains and bookings for them will start soon.

The announcement came a week after the national transporter started running the 15 pairs of special air conditioned trains.

In a series of tweets, Goyal said: “In a major relief to the migrant workers, 200 Shramik Special trains will run today. And in the coming days these services will be increased on a large scale.”

“Besides this, Indian Railways from June 1 will run 20p non ac trains on timetable. Online bookings for the same will start soon,” he said.

He also appealed the state governments to help the migrant workers and list their names and provide it to railways so that it can run more Shramik Special trains.

“Migrant workers are requested to stay at their locations, soon railways will transport them to their destination,” he said in another tweet.

The Indian Railways suspended the passenger, mail and expressA train services on March 25 amid the nationwide lockdown to combat the spread of novel coronavirus (Covid-19).

The national transporter has started to run the Shramik Special trains from May 1 to transport the stranded migrant workers, students, pilgrims and tourists.

Till date, the national transporter has operated a total of 1,595 Shramik Special trains from various states across the country and transported more than 21 lakh passengers.

The railways also started to run the 15 pairs of Special AC trains to different parts of the country.

During the nationwide lockdown, railways has also suspended the booking of the passenger tickets until further orders. 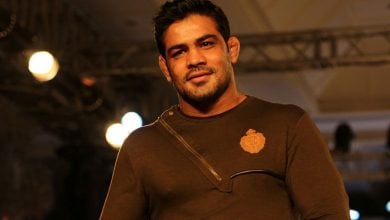